“But even with that slumber taking me over, and then taking me under, I knew that leviathan thing slept in this same darkness. Lay with me, too. Resting, biding its time.”

Heather Lewis, the author of this book, took her own life after she wrote these words. “Notice” was published posthumously in 2004, two years after her death. It was published by a small printing press and as of 2015, this book is out of print and damn near impossible to get in the city of Charlotte, North Carolina. I finally did an interlibrary loan and waited for 4 weeks, and lo and behold, it arrived.

This book is, unequivocally, one of the most disturbing novels I have ever read. The main character is a young woman who works as a prostitute, casually taking money for loveless sex with strangers. She eventually gets involved with a sadist and his wife–and what ensues is one of the most bizarre and violent S&M relationships in recent literature. This leads her into a relationship with her therapist, and another bizarre, S&M-like sexual relationship ensues.

This book is in first person, and narrated with a cold, emotionally detached tone to match. The amount of sexual violence was so extreme and frequent here that I wanted to stop reading it, but Something continued to compel me to go back. Not because I wanted to hear about how the main character gets used and abused, but because you want to know what drives her, what’s inside her head. It never happens. This is one of those stories that you want to somehow become easy reading, for things to become less cruel and complicated–until you realize that your comfort level was never the point here. It’s human brutality laid bare in its purest form, and Heather Lewis wants us to notice. This was not just a novel, this book was her catharsis.

It is not often when I give such a brutal book such high praise, but if you can find it through whatever obscure means available and you can manage to take a risk and stomach it, I DO recommend reading it. Tell your librarian that I sent you. (*wink*) 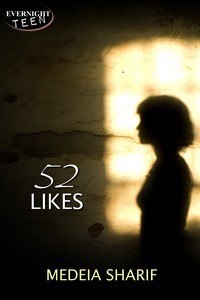 I like thrillers, especially YA thrillers, so naturally this book drew my interest. At the beginning, there’s barely enough time to meet Valerie before she is brutally raped and almost killed by an unknown assailant. As horrible as it is (and it is really horrifying and terrible to read), I thought that the author handled this subject matter well. When dealing with unpleasant topics there is always the option to linger and lose the reader in unnecessary, gory details, but thankfully Sharif doesn’t do this. After the rape Valerie is harassed by peers at school, and sent mysterious messages on a social media website that hints of the rapist’s identity. Valerie begins to follow these clues and it leads her into the knowledge of more unsolved crimes by this mysterious man–with a supernatural twist.

Why 3 stars? I liked this, but ahhh…the character. Valerie is a strong girl who (she doesn’t take her fate laying down), but for some reason I never really connected with her. The writing here is flat–the parts of the book when I should have been scared I wasn’t, and where there was supposed to be other emotions (tension, maybe?) I never really felt them. And much of the book, especially the end, just seemed, I don’t know…rushed. Like the author was aware of some deadline and had to wrap it up as quickly as possible. It’s a quick read–one that teens will probably like–and I wouldn’t necessarily be against reading other books by Ms. Sharif in the future. But I wouldn’t put this book on a recommended read list.

[I received this advanced publisher’s copy from NetGalley in exchange for an honest review.]