I will start this review by first saying that this is not the book for everyone. It’s marketed as YA, but I don’t think its intended for a general mainstream YA audience. I certainly think that that’s perfectly fine because anyone who stumbles upon this gem of a book, whether child or adult, will definitely love it like I did.

“Pet” is a novel about evil, particularly one that silences its victims and is ‘hidden’ in plain sight. I won’t be more specific than that because I’d give the novel away. The main character is Jam, a Black trans girl who lives in a Lucille, a futuristic, utopian version of an American city in which bad things have been banished and ‘monsters’ no longer exist. Jam is accepted and loved by her parents and her best friend, Redemption, as well as Redemption’s family.

One night, while exploring one of her mother’s paintings, Jam brings a monster to life. At first she is afraid, but then the monster explains the reason for its existence: to hunt a real-life monster. The creature, which Jam calls Pet, confuses her at first, until it is revealed that the location of the monster to be hunted is within her best friend Redemption’s house.

Right at about 200 pages, this is a short book that packs a heavy punch. It has a surreal feel to it, but the deeper questions it asks are based in a gritty, everyday reality. What are monsters made of? Who or what are angels? How do you tell the difference between the two?

Earlier in this review I said that this is not a book for everyone. I say that because I think we’ve become too used to YA with “grown” teenagers (kids who are 16-18 years old who seem to know every damn thing that’s going on around them). “Pet” is not such a novel. Jam is a 15-year-old girl and her naivete about the danger around her matches every bit of her age. Perhaps some readers will find this frustrating, but I found a book that speaks to the sensibilities of an actual child refreshing. Also, this book is all about queer representation, as I said before Jam is a trans girl; Redemption’s family is portrayed as possibly polyamorous (there’s a woman, a non-gender conforming person, and a man), in addition to several aunts and uncles living with him and his brother who also function as his parents.

I could type all day about this book. Definitely read it though, 4.5 stars. 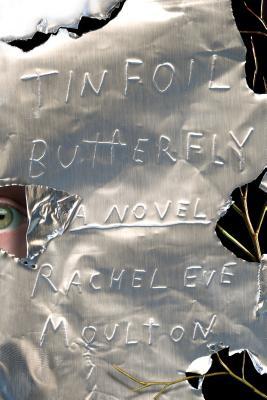 A bizarre book that reminds me less of a novel and more of a David Lynch movie.

As this story begins, a late adolescent girl named Emma is attempting to escape her past by hitchhiking to The Badlands of South Dakota. She is picked up by a man named Lowell who tries to violently kill her. She gets the best of him and escapes, driving to an abandoned diner in the Black Hills mountains. Emma wakes the next morning in the diner to find a boy wearing a tin foil mask with a gun pointed at her. The boy introduces himself as Earl and says that his mother is dead and he will help her, but she must help him bury his father first.

I know, I know…it sounds crazy, but all of this happens in the first 30 pages or so. The rest of the book is a mass of twists and turns and flashbacks to past traumas. There is never a dull moment in this book or a period where you can rest assured that the two main characters are ok. Earl and Emma come to love and trust each other and I really liked that about this book, emphasizing that it is not so much about the trauma but the hope that two damaged people can find in one another.

I definitely recommend this, if you don’t mind writing with surreal elements and books about how people deal with the bad things that happen to them. 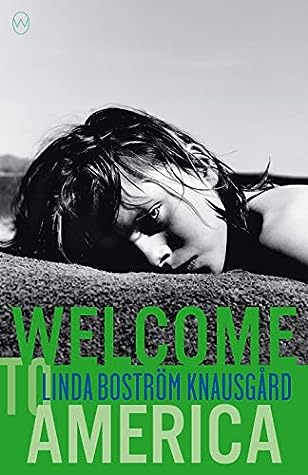 “Welcome to America” is a short book with a whole lot going on. The dialogue is minimal, and the reader is always in the headspace of Ellen, a young girl who has stopped talking in the wake of her father’s death. Certain that she has ‘killed’ him by praying for him to die, it is clear that Ellen is in the middle of a serious trauma about which the rest of her family is unaware.

Through flashbacks, it is revealed that shortly before Ellen’s father’s death he had been institutionalized and may or may not have tried to kill his family with a gas leak. Her brother nails his bedroom door shut and becomes angry and abusive. Ellen’s mother, an actress, continually insists that they are “a family of light” is emotionally absent and a narcissist.

There is not so much the focus of a plot line here. Instead, this is a stream-of-conscious window into Ellen’s life at this time period as she muses a lot about death and dying.

This is a decent read, I’ll give this four stars.

And just like that…I’m back. My dissertation is finished, and I’m furiously overjoyed about it. I’ll upload a nice pic of me in my cap and gown for ya’ll in a few weeks. December 12 is my official graduation date. Yay me!!!

Anyway I’m chock full of reviews. Forgive me as I unload them upon you over the next few weeks…

When I first heard of this book being about Black girl gamers, I had to have it. It was on my TBR pile long before it was published, so my expectations were pretty high. It’s rare that a book deals with Black adolescent girls in certain intellectual contexts, even rarer for that focus to be on the world of gaming, which is, whether we like it or not, still a very strongly White male dominated culture.

Anyway, SLAY is a book that celebrates Blackness. No, really, it does. In addition to the storyline, I was pleased to find recent references from Black popular culture memes and such. At the center of the novel is Kiera, a teenage girl growing up in Seattle who is one of the few students of color at her high school. Although she is surrounded by friends and a caring boyfriend, she feels like an outsider. To pass the time, Kiera created SLAY, an MMORPG (massive multiplayer online role-playing game) for people of color to come together, collect cards, and battle for points. Black gamers come together from all over the world to play SLAY to be proud of their identities and to find a refuge against the racism that’s prevalent in the gaming world.

No one knows that Kiera is the creator of SLAY. She keeps her creation a secret from family and friends and her boyfriend Malcolm, who feels like games are a distraction and tool of the “evil White man.” All goes well until a gamer is killed as a result of a conflict related to SLAY. Suddenly SLAY is all over the news and branded as racist. Even worse, a troll with bad intentions begins to stalk Kiera online.

Overall, I had a lot of fun reading this book. There are some deep, intra-racial issues discussed here that I liked, such as what makes an authentic “Black” experience, the need for safe spaces, the ubiquity of Anglo and mainstream ideals. It’s interesting that so many games out there are based on systems of belief and characters that are Eurocentric in nature (wizards, castles, elves, and so on) and no one questions the ubiquity of it. Even sadder still are the experiences of harassment and racism by Black gamers in these White-dominated online spaces. Yet when a Black girl gamer goes to create a game based on Afro-centric standpoint, she is vilified.

The only complaint I have is that most of the side characters were a bit one-dimensional. There are also some other POVs of SLAY gamers sprinkled in at certain places that I would have personally left out. It’s forgivable though, I won’t dwell on it. This is a great book, a must read!