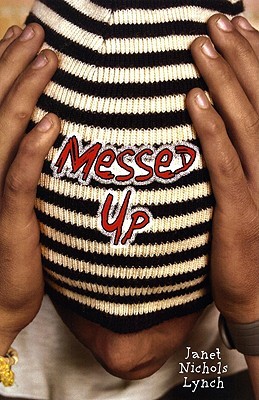 Aww shucks, I loved this book.

R.D. is a 15 year old Mexican-American kid starting 8th grade for the second time. His father is out of the picture and his mother is long gone away, serving time in prison for a drug offense. He is taken in by his grandmother, but she suddenly leaves him with her boyfriend Earl to go off with another man, a biker. Earl is a kind man, a Vietnam veteran with “Agent Orange” who eventually cares for R.D. in his grandmother’s absence until he dies unexpectedly one day while R.D. is at school.

Even though this book begins with R.D.’s first (or second ‘first’ day) in the 8th grade, the real story starts after Earl’s death. His grandmother is unreachable in an unknown location, and the last thing R.D. wants is for Child Protective Services to get involved and take him away from the only home he’s ever known. R.D. vows to tell no one of Earl’s death and is forced to navigate the world as an adult in her absence–arranging his funeral, having no money for bills, shopping for food. He is also still a child so he also juggles typical teenage issues as well–meeting a nice girl, dealing with gang bangers, handling a crazy girlfriend, etc. There are a lot of subplots here (normally I don’t like a story that’s too complicated) but I did not seem to mind, as they were all completely necessary to show the onslaught of “real-world” decisions that a 15 year old is forced to make in the face of extraordinary odds.

On a personal note this book hit very close to home for me. I taught middle school for 10 years. In my career I saw hundreds of “R.D.’s”–children who have good intentions but due to a chaotic home life and situations that are completely beyond their control (interrupted schooling, poverty, parents who simply don’t give a shit) they lack the adult guidance and resources to make wise choices and be the ‘good’ students that we want them to be. They drift through school until they eventually drop out, usually around 16 or 17, and from there they become unfortunate statistics–caught in a cycle of chronic joblessness or criminals in the prison system. This story moved me to tears because I knew so many kids like this, and even though R.D.’s story ends on a happy note, dozens of them don’t.

When I looked on the back of the book and saw that the author was a middle-aged woman I was completely floored because her use of voice was extraordinary. R.D. talks like most kids do, for example, “says” is spelled “sez” and the observations that he makes about the world (which are pretty funny) are completely consistent with a child his age. Loved this.

I could picture this book specifically for picky teenagers who are reluctant to read because they complain that all books are “boring.”