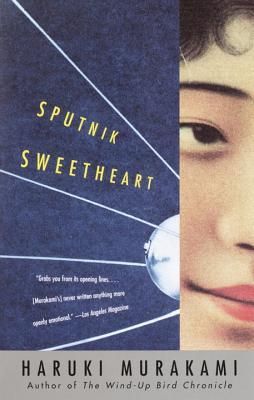 Review of “Sputnik Sweetheart” by Haruki Murakami (originally published in 1999, translated into English and published again in 2002)

First off, lemme say that this wasn’t a bad book. Like other online reviewers have previously stated, I too think that the reason that I didn’t rate this book higher is because I’ve read too many Murakami books already (this one, Colorless Tsukuru Tazaki and his Years of Pilgrimage, Norwegian Wood, After the Quake).

Murakami’s books are definitely an ‘acquired’ taste. One of the most frequent complaints about his writing is that it is dreadfully boring, but therein, in my opinion, lies the magic. Guys, this man has the power to make a damn phone book sound interesting. His characters are usually lonely men with well-paying jobs living with some kind of unrequited sexual desire, along with highly detailed minutiae of their lives. I am continually mystified by his ability to craft the ordinary written word into the extraordinary, because any other writer that would dares to write a book with subject matter this simple I would have stopped reading in 5 minutes flat.

So the basic outline of “Sputnik Sweetheart” is this: K is a lonely schoolteacher stuck in the friend zone with Sumire, a quirky wannabe novelist who’s currently in a writer’s block. Sumire falls in love with Miu, an older businesswoman, and eventually accompanies her on a trip to Greece. While in Greece, Sumire disappears, and K is left to discover through her writings what happened to her. He eventually concludes that Sumire will not return. The end.

There you have it again: same kind of character (K is a single guy, sexually frustrated up to the wazoo), same unrequited love issues (Sumire never gives him the time of day). I just think I’m tired of the parade of Murakami Manic Pixie Dream Girl characters this time. Sumire never seems to have a life of her own, beyond developing K’s awareness of well, whatever (still not sure of what, but hey). The ending is hopeless, as are most Murakami endings. I haven’t had enough of reading him forever, but for now I’m just…done this trope.