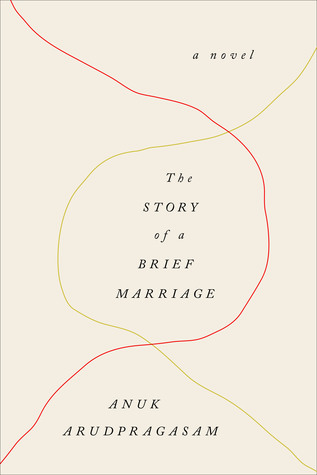 Set over a 24 hour period in a refugee camp during the Sri Lankan Civil War, “The Story of a Brief Marriage” focuses on Dinesh, a young man who has lost most of his family in the ensuing conflict. He volunteers his time in a makeshift hospital, tending to people’s injuries and sleeping in the surrounding jungle at night to avoid the all-too familiar shelling attacks that occur each day. Very early in the novel he is approached by the father of a young woman who offers his daughter in marriage to Dinesh to ensure her safety. Dinesh accepts, and together they manage to find a sense of intimacy despite the surrounding violence.

There’s very little dialogue in this book. It’s mostly descriptions, and the writing here is exquisite in its detail of the most mundane of activities: bathing, taking a shit, cutting hair, trimming one’s nails. It’s also fairly unrelenting in its descriptions of bleakness: people being blown to bits by shrapnel, losing limbs, etc.

Despite the horrors of this book I was oddly drawn into it for the same reason. Not because the subject matter was pleasant, and certainly not because I was waiting to find out how it would end (the title already tells us that). I was drawn into this book because it’s a very human story that deserved telling, two people forming a marital bond in the face of hell on earth is ultimately a celebration of the human spirit.

[Note: Thanks to Net Galley and Flatiron Books for a free digital copy of this book in exchange for an honest review.]

One thought on “Review: The Story of a Brief Marriage”