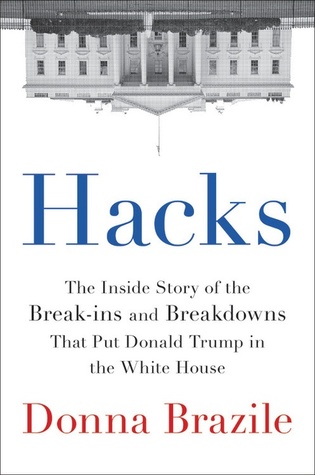 On the surface, this is an interesting book, particularly if you’re into ‘inside’ information on the recent political campaign that sent everyone into a tailspin. Donna Brazile, a DC insider with years of political campaign experience, tells the story of everything that went wrong with the Democratic National Convention’s (DNC) game plan, from Russian hackers to not getting any funding and inept leadership.

While I like Donna Brazile, I think she overplays her significance to this story. For one, she knew what she was up for as the interim chair of the DNC, especially after the mess the last chairperson left it in. Also, while it’s obvious that she likes to makes a big thing of her political achievements, the truth is that she hasn’t won much. She was manager of Al Gore’s campaign back in 2000, which was also a raging hot dumpster fire. She also conveniently dodges giving a real answer on whether or not she gave Hillary debate questions ahead of time, among other things.

Other than that, this book is mostly Brazile releasing a lot of angst. Maybe she talked to a therapist and they told her to write this book. She talks for pages and pages about being snubbed by “Brooklyn” (Hillary’s people), about how she was denied money that could have led to victories in certain states, how much money the DNC leadership wasted on trivial matters (personal assistants, etc), and how she had to tell certain people multiple times to fuck off. All seriousness aside, it’s a endearing story, and Brazile’s accounts of drinking liquor, gardening, and praying with holy water are certainly not to be missed.

Three and a half stars.