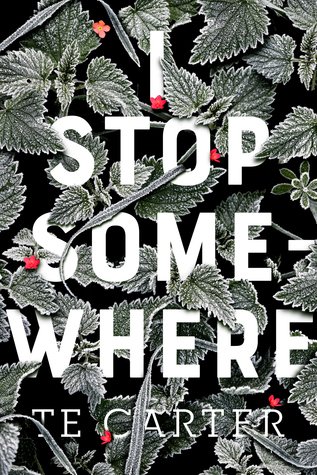 I didn’t like this book. It’s kind of a mashup between “The Lovely Bones” and “13 Reasons Why,” neither of which I liked either. I read this fairly quickly, not because I was engaged with it, but out of desperation to get it over and done with.

Ellie is a quiet, shy teenage girl in a small New York town being raised by a single father. She comes from a working class background and quickly becomes enamored with a wealthy local businessman’s son, Caleb. From frequent flashbacks, we know that Caleb is not what he seems. He is cruel and sadistic, as well as the main perpetrator in a string of brutal assaults and rapes of local girls, one of which ends Ellie’s life.

The first 100 pages of this book are unbearable. Ellie is a spirit, trapped in the location of the last moments of her life, watching from the afterlife as girl after girl is taken to the same abandoned house and brutally assaulted and raped. She drifts back and forth between each act of violence she witnesses to narrate events in her former life, which quite frankly, doesn’t have much plot depth or character development.

Thankfully, the tone of the book does shift in the second part, which turns to the voices of the victims. There is a kind of reckoning in the end that’s somewhat hopeful, along with a thoughtful commentary on victim-blaming and why Ellie’s disappearance was ignored for so long (i.e., she’s from a lower social class and not from the “better” side of the tracks). I still don’t like this book though. Even though the sun does comes out in the end, there was too much bleakness, too much of a lingering dark cloud here. If I hadn’t have read the first part I think I would have felt better about it, or maybe even given this a higher rating.

This book is categorized as YA, btw. If I was troubled greatly by reading this, I cannot imagine what it does to the psyche of a younger person, who may or may not possess the insights to deal with this level of realism. Proceed with caution.

[Note: I received an advance digital copy of this book from the publisher and NetGalley, in exchange for an honest review.]

Ahh…another Top Ten Tuesday. I’ve been away for a few weeks because the topics presented didn’t really appeal to me. But hey–what’s past is past, right?