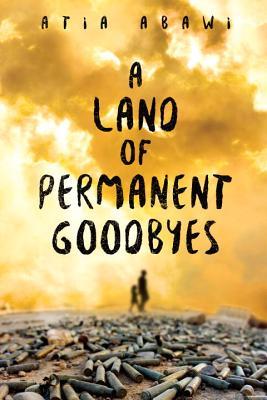 This is a heartbreaking, modern day story about a young man named Tareq from Syria who loses his mother, several of his siblings, and his grandmother in the tragic bombing of his home during the Syrian war. He flees with his father and sister to his uncle’s home in Raqqa, though he soon discovers that it is not safe in this location either. Tareq eventually leaves Raqqa with his cousin and escapes to Turkey. However, due to the large amount of Syrian refugees like himself, there are few job opportunities available. Deciding to continue his journey into Europe to gain asylum, Tareq travels to Greece, hoping to gain some kind of sense of normalcy.

I liked the premise of this book but its execution was a firm ‘no’ for me. Though the story itself is extremely compelling, the author’s choice to go with an omniscient narrator, “Destiny,” was a strange one. “Destiny” interrupts the story often, giving us its thoughts on war, the human condition, people’s sufferings, insights on various unconnected character’s lives, etc. I didn’t like this. As a matter of fact, every single time “Destiny” began to narrate I found myself skimming pages and disengaging from the story. I feel there was no need for this kind of storytelling, Tareq’s story was certainly strong enough to maintain its own narration.

Also included in this story is a young Greek woman’s account of her interactions with Syrian refugees. Although she is connected to the events of the novel, the author’s choice to include her narration (in addition to “Destiny”) was odd as well. Other than a shallow representation, her account of the events were pointless and really seemed to serve no purpose other than to propagate a kind of ‘kind White savior’ trope.

When I got to the end of this, I noticed this was a YA book. This book is pretty graphic in its descriptions of war–there are descriptions of beheadings, executions, and other pretty harsh realities that a child is in for should they decide to read this. But as an educator, I don’t believe in censorship, so this is a very eye-opening and timely book.