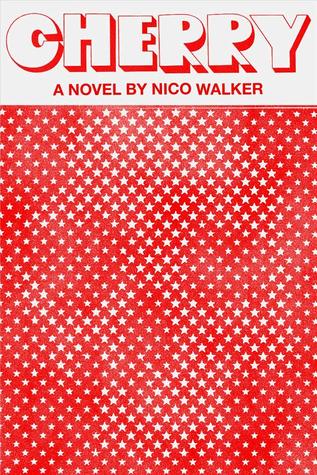 I admit that I, like a lot of people, was probably attracted to this book for all the wrong reasons. We know that “Cherry” was written entirely in prison, and the author is currently an inmate, serving an 11 year sentence for bank robbery. Even though the author says this story isn’t true, you know from the first couple of pages that the prior declaration is BS. This is the tale of exactly how Mr. Walker got to be behind bars, complete with all kinds of expletives, debauchery, and straight up honesty. Anyway, I liked this book.

The unnamed narrator of “Cherry” begins as a college student in Ohio, casually drinking and questioning his existence. He eventually flunks out of school. He meets a girl named Emily and they fall for each other. They marry. The narrator joins the Army and receives training as a combat medic and from there he goes to Iraq, where he witnesses all of the full-blown horrors of war. He also begins a drug habit overseas, mostly huffing computer duster and taking pills. When he returns to his home he continues to flourish in his addictions, eventually going from Oxycontin abuse to heroin. After depleting all of his money and hooking up with shady characters, the narrator begins robbing banks. The book stops just short of his capture because uhh, the book really isn’t about all of that. The crime is clearly the focus here, not the punishment.

The writing here is not sophisticated or complex. There’s a really flat, kinda matter-of-fact tone that catches you immediately, because you realize that there really aren’t any pretensions here. Some of the descriptions are also quite hilarious:

The only thing I didn’t like was how ridiculously dull the middle of this book was. The narrator’s Iraq experiences are described with a lot of military jargon and he assumes we all know what he’s talking about (or, at least that we know what an FOB, IED, and Kevlar wings are). I didn’t understand a lot of this stuff and could not follow this section of the novel to save my life. I get the point though. He went to war and he was mostly a grunt, doing grunt work. I get it.

I do recommend this book, however. A portion of the proceeds from this book are going toward Mr. Walker’s restitution fees, and he will get out of prison in 2020. Despite the lip service we give to the notion of “debts paid to society,” the fact remains that unless you’re Lil Wayne, chances are that a felony on one’s record won’t transfer to a good post-prison life. So my reasons for reading and supporting this book is all for the better, in my opinion.