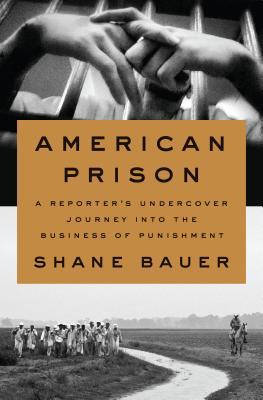 I could not put this book down. Five stars.

In 2015, Shane Bauer, a reporter with Mother Jones, went undercover for four months at a privately owned (“for profit”) prison in rural Louisiana called Winn Correctional. Managed by Corrections Corporation of America (CCA), he is hired to work as a prison guard for $9 an hour. He carries a pen that doubles as an audio recorder, a small notebook, a coffee thermos with a small camera in it, and documents his daily dealings with staff and inmates at his new job. What he finds at Winn is pretty much a nightmare: a dangerously understaffed facility, guards that openly brag about beating inmates, daily stabbings, reports of rapes, other examples of gross negligence and mismanagement. There are no education classes, no regular rec time, or any kind of ‘set’ schedule for the prisoners, each day’s activities are determined by how many staff decide to show up for work. There is one psychiatrist and one social worker for the entire prison. There is only one doctor and medical treatment is substandard.

At Winn, Bauer finds that every attempt is made to save CCA money. Because there is a profit motive in keeping inmates at the facility, he observes an inmate repeatedly complaining of chest pain but is refused hospital treatment and given ibuprofen. He later dies. Another inmate violently kills himself after consistent threats to do so. Corners are cut and log books are falsified. Another prisoner manages to escape and no one misses him for hours, due the fact that it costs CCA too much to staff the guard tower.

In between the chapters of undercover reporting is powerful research Bauer writes on the history of America’s for-profit prison system. Locking people up for revenue, convict leasing, and state-enforced prison labor is nothing new and has always resulted in the abuse and torture of inmates, particularly men, women, and children of color. By creating laws across the American South that criminalized minor misdeeds (drinking, vagrancy, truancy), many Black men were forced to work in prison labor camps. When one died from routine overwork, beating, or disease, the system simply got another. It has always been a system that cheapens human lives, therefore it is no surprise that CCA’s stock shares are up and they are profiting under the current president and his hateful policies towards immigrants. Corporations like CCA are beginning to turn away from contracts with jails and prisons and turn its attention to building detention centers, most of which now house Mexican and Central American immigrants.

I could say so much more about this book but it would be too much to type here. I do, however, wholeheartedly encourage you to read this, even if you read nothing else this fall.