I’m going to be reviewing some older books for a while. While I am always reading new books, ARCs, and what’s coming straight off the press, I find myself pouring back over some reads that have been on my TBR list for a while lately. So today, I present you with a children’s lit book that I think is pretty darn impressive.

First off, lemme extol the virtues of children’s lit. As a former middle school teacher, I believe it’s important to give kids access to all varieties of literature for their success. Not only is literature important for cognitive skills, it’s where I believe that kids first learn to really truly appreciate culture–not just theirs, but others’ as well. It’s also where we develop emotional intelligence around life events such as death, tragedy, happiness, etc.

So I’ll never stop reading kid’s books. I find them fascinating, because many of them ‘teach’ the values that kids learn. It’s like coming home full circle for me. 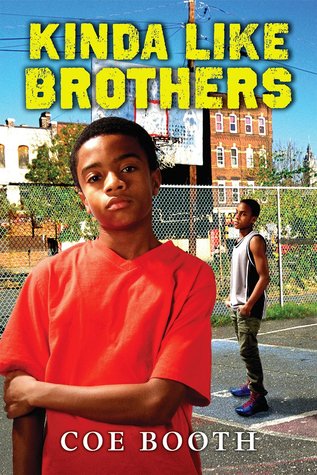 This is a really great book–not just for its intended audience of children’s/middle grades readers, but for adults as well.

“Kinda Like Brothers” is the story of Jarrett, an 11-year-old from Newark, NJ, whose mother routinely takes in foster children. While they are often babies in need of dire care after being removed from abusive homes, Jarrett is shocked when a special needs infant named Treasure arrives with her 12-year-old brother, Kevon. Immediately, Jarrett is angry that he must share his room with a stranger and irritated that he isn’t privy to the reason why these children have come into his family’s lives. Kevon is highly guarded over Treasure at first, but slowly begins to let Jarrett’s mother physically care for her. In time, the boys form an unsteady truce.

Jarrett’s life is also beset by other problems. He doesn’t read very well and must take a remedial summer reading program in order to pass the 5th grade, which brings him embarrassment among his peers. He secretly wishes that his mother would stop taking in foster children and spend more time with him. He also has a crush on a classmate, who barely knows he’s alive or that he’s failing the 5th grade. His best friend is hiding a secret from him and has been acting strangely since his return from a trip home to Jamaica. Jarrett is also taken with his mother’s boyfriend, who also wishes that Jarrett’s mom would stop taking foster children too. All of these things swirl around in the story until the end, when Jarrett’s meddling into Kevon’s family situation brings bad consequences.

I thought this book very realistically portrayed the life of an urban youth, who are very often dealing with multiple sensitive issues at once (foster families, school failure, etc). I also liked how everything wasn’t necessarily ‘solved’ at the end, because, let’s face it, many of the problems that Jarrett has cannot be safely tucked away by the end of a book. In Jarrett’s world, having a foster brother and sister sharing your small apartment is not just a temporary problem, it’s part of reality. There are also discussions about homosexuality and police brutality that are very well constructed and presented in this book. 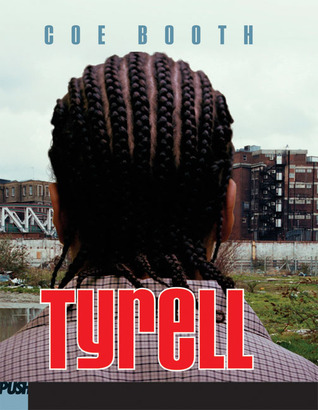