Review for “Five Days: The Fiery Reckoning of an American City” (2020)

This book follows seven citizens of Baltimore in the five days of rioting following the death of Freddie Gray in 2015. There are a wide variety of perspectives here: the activist sister of a victim of police violence, a white female public defender, the owner of the Baltimore Orioles, a young Black male protester, the husband of the local district attorney, the owner of a popular skating rink, a Black police lieutenant, etc.

Although I understand the inclusion and the purpose of the multiple perspectives; it’s not executed very well here. The chapters are short and there’s never enough plot build-up to form any kind of cohesive narrative. The tone of this book is emotionless and flat, there’s no nuance that separates one voice from the other besides the label of each speaker at the beginning of each section. Wes Moore does give some background in the opening pages on the ways in which racism, poor public policies, and bad policing ultimately led to the chaos that erupted in Baltimore, but he relies on too much blank space to tell this story. There’s little sense of the atmosphere of anger that started the protests in the first place.

All in all, I feel like this could have been a news article. The author takes the subject of a complex city with very complex problems and paints it with too broad of a brush. Better books on Baltimore include “The Corner” and “Homicide: A Year of Killing on the Streets” by David Simon.

Three stars. Get this one from the library. 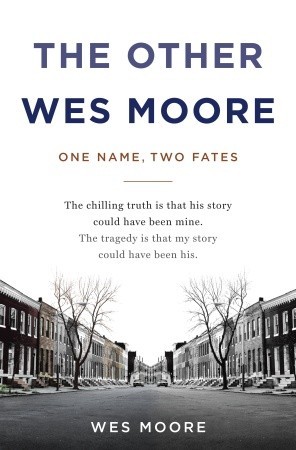