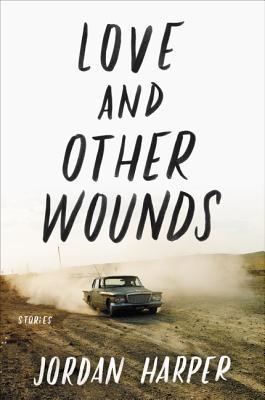 Review for “Love and Other Wounds” by Jordan Harper (2015)

This is a book that tries to swagger but isn’t as ‘hard’ as it thinks it is. Crime noir that’s very much in the same vein as Frank Bill’s “Crimes in Southern Indiana” (which I actually liked), but set in different locales and much much worse.

What this is: a collection of short stories with bad ass characters doing the same bad ass things with the same bad ass prose we’ve already read elsewhere. There’s redneck prison yard gangsters, men who breed dogs to die in fighting pits, criminals, hit men, meth addicts, etc, etc…by the third story I was bored out of my mind. It’s not so much the violent content that bothers me as much as the fact that there’s nothing new in this book, just the same old thin, worn out characters and plots in each selection, along with gratuitous amounts of blood and gore. This book is also littered with the n-word, as if it were a Quentin Tarantino movie, without any kind of context whatsoever and I hated every moment of it.

Lemme repeat: I actually like crime noir. I am not indicting stories about low-lives and their misdeeds, because they can be transformative. But this is not good crime noir. Harper goes beyond this label and calls his writing ‘thug lit,’ and while it may be the thing for some, I couldn’t stand this. At all.