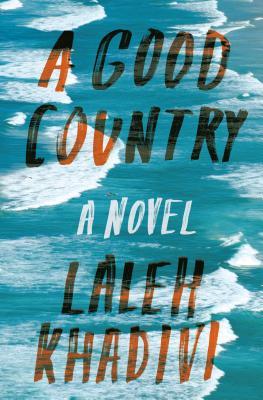 The novel starts in 2009 in Southern California with a peek into the life of 14-year-old Rez Courdee, the son of upper middle class Iranian immigrant parents. He is Muslim by birth but does not practice, identifying more with American culture, surfing, hooking up with girls, and smoking pot. In time, several terrorist attacks occur and Rez, who has never questioned his identity, is ostracized by his mostly White peers as ‘the other.’ He begins to find solace with his Muslim friends, starts to practice his faith, and eventually becomes obsessed with the idea of ‘a good country’ overseas, one in which Muslims are accepted and fight for the establishment of a caliphate. I won’t reveal the end, but when it occurs exactly 5 years later, Reza (no longer ‘Rez’) is a completely different person.

This novel is short but the writing is succinct and razor sharp. I thought the sex scenes were a bit overdone, but the plot was powerful and never lost. As you read this novel you realize how easy it is for someone to become radicalized–not just to religion but to any idea, really. We’ve seen this all throughout history and in everyday life; children turned into soldiers with a deadly purpose, young men and women in America go off to boot camp and become trained combat specialists in a matter of weeks.

I may read this book again eventually because there’s so much here to digest. Like you’re looking at a hundred pieces of something spread out on a table that it’ll take a while to put it together. Anyway, excellent book. Do read this!