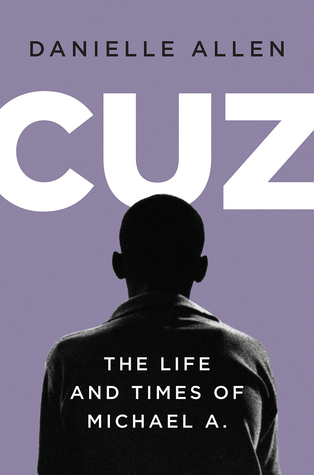 “Cuz: The Life and Times of Michael A” is the true life story of the author’s younger cousin Michael, who was arrested at the age of 15 in Los Angeles for the crime of attempted carjacking. He was charged as an adult, served eleven years in prison, and was released in 2009. Three years later, his body was discovered in his vehicle, riddled with bullets.

Danielle Allen, an academic at Harvard University, peels away the layers of Michael’s troubled personal and family life and attempts to find an answer for why her cousin’s life came to such a tragic and violent end. She manages to write a really good background sociological perspective of Los Angeles, with its gangs, segregated neighborhoods, and history of mass incarceration that was very relevant to the discussion of the personal facts she presents. All in all, a very solid work that anyone who is interested in urban sociology would appreciate.

[Note: A free digital copy of this book was given to me by the publisher and NetGalley in exchange for an honest review.]