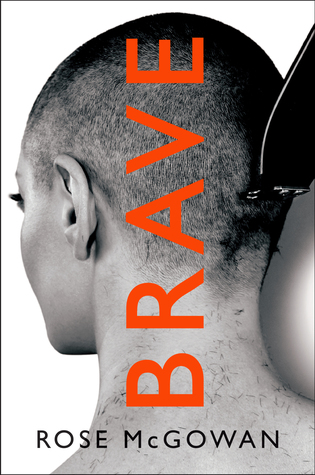 I’ve always been a fan of Rose McGowan–I loved her in the films “Scream,” “Jawbreaker,” the tv show “Charmed,” and when I saw that she had written a book I decided to take a peep. Overall, it’s not a horrible book, it’s just one that espouses an obnoxious brand of feminism that I find problematic. I’ll get to this later though.

Rose gives a lot of details into her early life. She grew up in a commune with the Children of God, a religious cult that would be later known for its physical and sexual abuse of women and children. She manages to escape with her father and move to America, where she moves around often. She eventually reunites with her mother, whose boyfriends were abusive to Rose. She later auditions for an extra in a movie and her career as a Hollywood actress begins.

About midway through the book, McGowan details a meeting with a well-known movie industry executive who sexually abuses her. She never names the exec but we know she’s obviously talking about Harvey Weinstein. She also talks about her relationship with Marilyn Manson, whom she started dating because, in her words, he was a really “sweet” guy. Fair enough, I thought. I never fell for his contrived, shock-rock bs either.

Anyway, toward the last quarter of the book, McGowan spends a great deal of time dishing on her relationship with another famous film director known as “RR” (obviously Robert Rodriguez). She characterizes him as an emotionally abusive man who allowed her to be seriously injured on a movie set, among other bad things. After this she lectures us on and on about cults, groupthink, the virtues of #RoseArmy (her social media followers who can’t get enough of her), why men continue to abuse women, etc. When she started to plug some EDM music album she’d created, I stopped reading. Zzzz.

Which brings me back to Rose’s “feminist” problem. I place “feminist” in quotes because before this book came out, Rose has been noted on the record multiple times with negative statements about trans women, commenting that “they don’t live in this world as women.” This is false. It’s also terribly ignorant. Trans women are raped, discriminated against, murdered, abused, and beaten quite often–exactly because they do live as women. Fortunately, Rose does not get to decide who is and isn’t a woman. It’s also exactly why I, as a feminist myself, can’t embrace her exclusionary brand of “feminism,” which seems to privilege being straight and cisgendered above all else.

So I’m giving this three stars. I like to think I’m a person who can separate the person from the book, but both of these had issues. Meh…