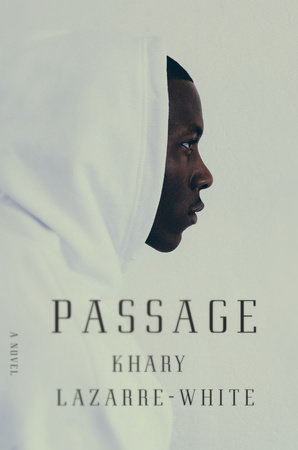 “Passage” is a short novel set in NYC in the winter of 1993. Warrior, the main character, is a highly intelligent young Black man who personifies the rage and pain of his everyday existence. He hates cops (cleverly called “blue soldiers”), school has little usefulness to him. It is not hard to imagine why, as this story lays bare much of the reasons for Warrior’s nihilism. He is also fighting the demons from the past and present that threaten to take his soul, literal and figurative battles that come up in this text time and time again.

It is interesting that 1993 is the date given for this novel; it is about a year after the world saw the rage of the Los Angeles riots. Even though it is set in Black America’s collective past, this story definitely could have been the present, or even the future. Despite talk of a post-racial society where things are said to be “equal” and every person can still achieve their dreams, it is quite clear that racism still exists, that the legacies of slavery still exist. The title “Passage” alludes to multiple themes: the Middle Passage, the dehumanizing journey that Africans were forced to take by ship to the New World to be sold as slaves, Black men’s rites of passage invoked as means of everyday survival. Even the cover art calls your attention–it’s of a young Black man in profile, a hoodie covering half of his face. Echoes of the 2012 killing of Trayvon Martin are still very much alive in this novel.

In the end, I still gave this book three stars. It wasn’t because this book was bad, but because, in theory, I liked the idea of it more than its actual living form. There’s a hazy mix of mysticism, magic, and spiritualism here that, in my opinion, should not have been so hazy. Reading this took massive amounts of effort, mostly due to frequent interpolations of various plot points. Clearer storytelling would have helped immensely.

I definitely recommend this book, however.