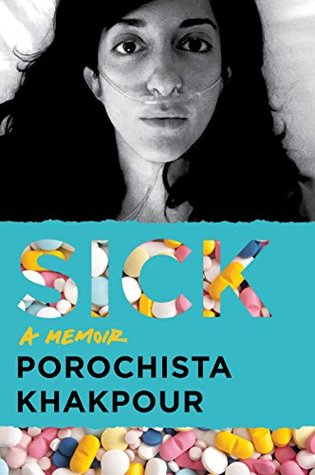 I have mixed feelings about this book.

Porochista Khakpour gives us a very brave and honest memoir about her struggles with late-stage Lyme disease. The CDC estimates that 30,000 cases of Lyme disease occur every year, though the actual number is probably much higher. It is caused by bacteria spread through tick bites, and getting a diagnosis can a nightmare due to the generality of its symptoms (fever, rash, headache, shortness of breath). People who have been infected with Lyme disease can also be asymptomatic as well. Tests to determine infection can be very expensive (usually not covered under insurance) and are not definitive. If the disease is diagnosed early enough, antibiotics are given to kill the bacteria. For people in late-stage Lyme disease, however, there is no cure and antibiotics are not an option. They suffer the same painful symptoms over and over again, living their lives so as not to cause a recurrence.

Khakpour does not know when she was infected with Lyme disease and she speculates on this throughout the memoir. She recalls many times in her life when she has been in pain–emotional, physical, mental. She details interactions with doctors, who dismiss her symptoms and call it depression, a mental problem. She also talks a lot about bad boyfriends and unsupportive family members, both of which exacerbate her health issues.

At times the writing was beautiful, but at other times it felt rather guarded and elusive. Throughout the reading of this book I never felt as if the author was telling us everything, choosing instead to pick and choose what to write about. This sense was reflected in the timeline, which is presented not so much chronologically but as locations where she’s lived, with chapters are entitled “New York,” “Pennsylvania,” and so on. Unusual, but ok.

Which brings me to another point. Maybe I came into this one a bit biased. I’ve read other memoirs about people with illnesses and I’ve found them to be kind of off-putting as well. When you’re writing about being sick I’ve seen a tendency to come off as way too clinical (one that comes to mind is Susannah Calahan’s Brain on Fire) and on the other hand I’ve seen a tendency for the writer to talk about everything other than the illness. This book is more of the latter.

Three stars. Definitely recommend it though.

One thought on “Review: Sick: A Memoir”