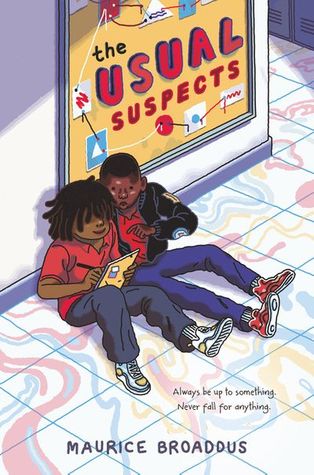 Thelonius Caldwell is very much like many of the boys I taught in my ten years as a middle school teacher: bright, mischievous, and labeled as “special ed.” Despite his label he is very keen in his perceptions of people and aware of the reality that he is being ‘warehoused’ (i.e., placed in a self contained classroom with similar students and given sleep-inducing lessons until he either drops out or is removed via expulsion). Because the school and his teachers have low expectations of him, Thelonius and his friend Nehemiah pass the time by playing pranks on the staff, causing chaos between students, and just plain acting silly.

One day, a gun is found in a park near their school. Because Thelonius and Nehemiah have a reputation for bad behavior, the principal rounds them up and blames them for the incident. Knowing that he did nothing wrong, Thelonius begins to search for the culprit, careful not to break the code of the streets by being a ‘snitch.’ This story traces the route along his journey for answers, playing homage to the 1995 film “The Usual Suspects.” There’s even a Keyser Soze kinda figure, which is pretty brilliant for a kid’s book.

I definitely recommend this novel. Sure, it’s readable children’s book fare but there’s a sad subtext here: the reality that far too many poor children of color are placed in “special ed” classes and, once there, nobody supports or listens to them. Research shows that these are the kids who are most likely to drop out of school entirely and end up in the criminal justice system, or just to have poor outcomes in life in general. It’s a very real depiction of their lives.