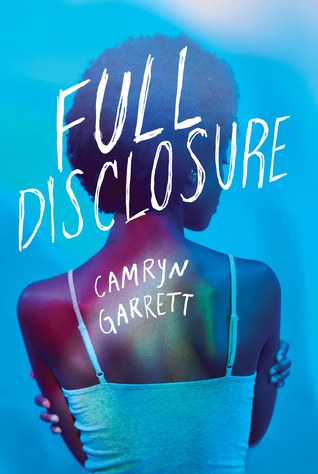 Finally, a YA book that takes on race, sexuality, and HIV infection in an educated and meaningful way. Like, finally…

Simone Garcia Hampton is an ordinary Black teenage girl growing up in San Francisco–obsessed with directing plays on Broadway, embarrassed by her parents, and totally crushing on a boy she likes. Adopted as a young child by her two gay fathers, Simone is HIV positive, passed to her in utero from her birth mother. Although Simone is outwardly healthy and successfully takes medication to keep her viral load down, she lives in constant fear of her ‘secret’ getting out. Once Simone begins to show interest in Miles, a boy in her school’s drama club, she begins to receive notes from an anonymous source, threatening to publicly reveal her HIV+ status. Not wanting to give up what she’s got with Miles and risk losing her friends, she struggles with whether or not to continue keeping her status a secret.

I really liked this book. There’s tons of recent information here about living with HIV that I was not aware of, which has the power to educate younger readers without coming off as boring or preachy. There’s also a lot of progressive, sex-positive talk that I think teens will appreciate–frank discussions about masturbation, sex toys (Simone and her friends go into a sex shop), ob/gyn visits, etc. Simone is also pretty open with her sexual desires, a pretty taboo topic in YA. This book also spot-on with various forms of racial and queer representation: Simone, Miles, and her Pops are Black, her Dad is Latinx, one of her friends is Asian and bisexual, another is a lesbian and asexual.

This book is all around pretty rad, so definitely read this one.