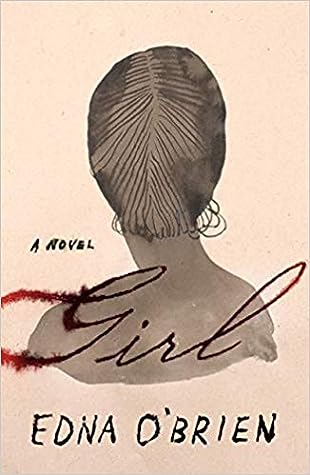 On April 14, 2014, approximately 276 school girls in northeastern Nigeria were kidnapped by the extremist terrorist group Boko Haram. The news was shocking and the #BringBackOurGirls hashtag went viral across social media, however, very little was done by the international community to help or rescue the girls. Although some of them have since been released or escaped, it is worthy to note that as of 2019, 112 of girls remain missing. They are presumed to be alive, held captive by the active terrorist group.

The author of this novel traveled to Nigeria to speak to the survivors. She collected their stories and wrote this fictionalized account of the school girls’ plight. In this story the main character is Maryam, a young girl (her actual age is never given, indicators in the text hint that she is a young teenager, about 13 or 14) who loves school and longs for a bright future outside of her small Nigerian village. Very early in the novel, she and her schoolmates are kidnapped in their dormitory by men armed with guns and led deep into the forest. There, they are repeatedly raped, beaten, forced to do manual labor, and embrace Islam. Those who do not comply are punished by murder. They are also forced into marriages to Boko Haram soldiers. Many of them, including Maryam, bear children as the result of their rape.

Fortunately, at about a quarter of the way into the novel, Maryam manages to escape from her captors. She and her infant daughter attempt to seek shelter in a nearby village, but they refuse to help because they are afraid of retaliation from Boko Haram. Eventually she is reunited with her mother, though this reunion is contentious and bittersweet. Her mother refuses to talk to Maryam and family members turn their backs on her, due to the stigma of being a ‘wife’ of Boko Haram. I won’t give away the ending, but it does end with hope, with Maryam gaining some sense of control over her own future and that of her daughter.

Though this was a tough book to read, I feel fortunate to have read it. Initially I was skeptical of this book because it is written by a White Irish woman, though I can only assume that these girls trusted Ms. O’Brien to tell their stories, and that she sought their permission before publishing it. It would be nice to see the proceeds of this novel donated to some kind of charity dedicated to assisting these young women with their lives, but I don’t know if that is the case here.

This is a very triumphant 4.5 stars. Definitely a must-read.