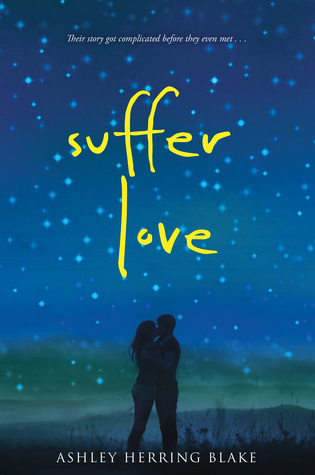 Hadley St. Clair and Sam Bennett are two teenagers that have gone through an emotional wringer in the past year, and just so happen to be paired together by chance for a school project. Hadley’s dad, a college professor, had an affair with Sam’s mom, a graduate student, which leaves everyone involved (including the children on both sides) angry and emotionally despondent. Very early on, Sam learns who Hadley is and despite his misgivings, starts to fall in love with her. He chooses not to tell her what he already knows about her. Meanwhile, Hadley likewise begins to fall for Sam, completely unaware of his connection to her family. This novel follows their courtship, the revelation of the secret that binds them, and their eventual ending.

The writing of this book is quite nice. I managed to get sucked in early on and found myself not wanting to put it down. Sam and Hadley narrate in alternating chapters, which I liked, as their voices are very distinct and allow the story to unfold quite nicely.

Despite the ‘niceness’ of this book, it never seems to rise out of generality, its own bland pedestrian-ness. Think: a taco with no sauce, sweet tea with no sugar. Sam likes Hadley, Hadley likes Sam. It stays this way for about 100 pages. Ho hum. We know their parents are cheaters, but why? We’re never given a reason why their seemingly perfect parents screwed around or why their kids know so much about their sex lives. There is a hint toward the end of forgiveness and normalcy, which I guess makes this a cool book overall, but there were so many Dr. Phil moments that I wondered why the author bothered to go there. This book is pretty on the surface, but ultimately lacks depth, which makes it just ok for me.