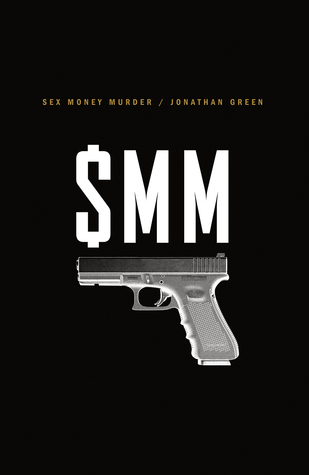 Like a good pair of heels, every gal needs a good ol’ fashioned true crime book. The ones I prefer tend to be concentrated in urban environments and focus on fantastical tales of violence, drug dealing, and hip hop martyrdom. It’s great stuff, and this is a great book.

Before beginning this book I knew only vaguely about Sex Money Murder, a notorious gang that controlled the drug trade in the Bronx in the late 1980s and 90’s. Aside from a lone episode of the weekly documentary Gangland from The History Channel several years ago and a couple mentions in hip hop songs, the history of this group has been mostly unknown to those outside of the urban realm. The story of SMM revolves around three childhood friends–Peter “Pistol Pete” Rollock, Emilio “Pipe” Romero, and Shawn a.k.a. “Suge.” They come of age in a particularly violent NYC housing project, the Soundview Homes. Eventually Pete turns to the drug trade and he and his two lieutenants’ operation take over the area, mostly through intimidation of residents, extortion of other dealers, and brutal violence. They also traffick crack to other markets, mostly in cities on the East Coast. Like a Shakespearean tragedy, all three live out their wildest fantasies of success until pride, greed, and disloyalty eventually take them all down and cause them to turn on one another. While one of the original three members of SMM is a free man, Pipe is currently serving time and “Pistol” Pete has been in jail since 2000, serving a 100+ year sentence in isolation for several murders and racketeering in one of the most secure federal prisons in the nation, ADX Florence.

Author Jonathan Green brings new life to the tale of Sex Money Murder with fair and balanced research of his subjects. It is evident that he spent extensive time with the people whose stories that he tells. Also profiled are the cops who brought SMM down, as well as an examination of the urban de-industrialization and the racist housing practices that created SMM in the first place.

Be forewarned, however, that this is not an easy book to read. There is all manner of violence, tales of drug dealings, shootings, and a lack of remorse by all involved that permeates this book. However, it is a story that begs to be told, and the author does a great job here. I definitely recommend this book.